In trying to remember if I’d ever read a non-fiction book I realized that of course I had, and, actually, that most were about science. But none have gripped me in the same way as the book I just finished. In just over 24 hours I had turned the last page of The Immortal Life of Henrietta Lacks by Rebecca Skloot and realised why it received such critical acclaim.

I tend not to enjoy harping on about a good book – I want to appreciate them for what they are; not dissect their every sentence, hunting for hidden meanings whose beauty and subtleties are only destroyed when you try to describe them.

But this book deserves every ounce of praise and every award it is given.

It describes the fascinating story of the woman whose cells have lived on for longer outside her body than she ever did herself. They have been flown into space, blown up in nuclear bombs and had just about every conceivable disease injected into them. They helped establish cell culture techniques and equipment; develop a vaccine for polio and unlocked some of the secrets of the world’s biggest killers.

Some of Henrietta Lacks' immortal cells

END_OF_DOCUMENT_TOKEN_TO_BE_REPLACED

Had a drop too much?

Have you woken up with a dry mouth? A terrible headache? Severe nausea?

You’ve probably got no need to panic, and the likelihood is a coffee, a bacon sandwich and a couple of aspirin will sort you out. Chances are you had too good a night last night and you’re now doubting you’ll be able to leave the house without sunglasses. You don’t need to be a doctor to diagnosis this one – it’s a hangover, the worst of the weekend visitors.

Whether this affliction has followed you for years or if, as you get older, your fresh-faced, leap-out-of-bed attitude is finally catching up with you, most people who’ve had a drink have also had a hangover. And to use a phrase often mumbled from beneath the duvet, “What the hell happened last night?”

END_OF_DOCUMENT_TOKEN_TO_BE_REPLACED

You shall not make for yourself a false iDol

Or should that be a fully lowercase idol? If you’re so wrapped up in your new technology you haven’t got time to confess the answer may have arrived – in the form of the Roman Catholic-approved iPhone, iPod and iPad App ‘Confession’, available for the bargain price of £1.19. 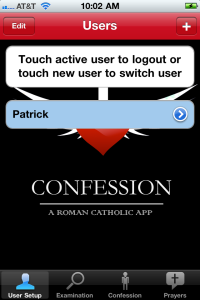 The developers, Little iApps, have achieved fame by having the first app sanctioned by the church. They told Reuters they wanted everyone to have a “personalised examination of conscience”.

The religious user is led through the sacrament, a number of questions designed to help them keep track of their sins, and to help them prepare for the Rite of Penance. It also takes into account their sex, marital status and age.

END_OF_DOCUMENT_TOKEN_TO_BE_REPLACED

Well, 2010 is done and dusted now and I’m going to make a concerted effort to keep my blog better updated in 2011. Moving on from the ranting and raving, maybe I’ll get on to writing about what I’m up to on a day-to-day basis as well!

So long 2010 – you’ve brought us the iPad, the first carbon-negative volcano, a new Government, a lot of rallies and protests and many many scientific discoveries, debacles and debates (I do so like alliteration).

There have been plenty of round-ups and specials going out over the past few weeks, so I’ll sign off now until next time (with my resolution in mind!) by pointing in the direction of a couple that have entertained me – from New Scientist’s 2010 Review/2011 Preview, through Dean Burnett’s particularly amusing satirical look at science in 2010 on his blog, Science Digestive, to Sense About Science’s annual celebrity science shockers – enjoy!

The following is why it’s so important for everyone to get behind this campaign – there are plenty of examples of who has been affected by the libel laws, including one of the most well known, Simon Singh‘s case against the British Chiropractic Association over a piece he wrote for the Guardian in 2008 in which he criticised the BCA’s defense of some chiropractors using treatments with little evidence of efficacy for conditions like childhood asthma. Despite the fact he fortunately won the case earlier this year, the campaign isn’t over. Currently, the British doctor Peter Wilmshurst is being sued for libel over his comments about an American medical company’s research.

More and more journalists, bloggers and writers will fall foul of these laws unless changes are made.

Read on about how you can help by signing the petition.

END_OF_DOCUMENT_TOKEN_TO_BE_REPLACED

The questions over the future of science continues… And they weren’t exactly answered at the recent Science Question Time at the Royal Institution I went to. More and more rear their ugly heads every day, and every answer just leads to more questions. So actually quite a lot like science itself.

The discussion started with heaps of praise for David Willetts and the comparative success of the recent Comprehensive Spending Review. Colin Blakemore commented that he was sure Willetts had caught the infectious, unstoppable science bug. To which he pleaded guilty as charged. I won’t labour the points each person made, as there’s plenty of good discussions, posts and the Twitter feed from the night about what was said in plenty of detail. But what I will talk about are some of the issues that I think are pretty important to science at the moment.

The first being what effects cuts in other areas will have on the scientific community – museums are facing a 15% cut and, as I mentioned in my last post, universities are not only facing a massive cut, but also a massive hike in tuition fees following the Browne review.

Ah, the Browne review – having massive impacts all over the show. With different fees for different courses, and science being a very expensive course, should we expect fewer students choosing sciences for degree subjects? Janet Finch (co-chair for Council of Science and Technology) was concerned that social sciences had been overlooked, and that they were in serious danger. They have a powerful role to play, and the skills base is essential to ongoing research. David Willetts (Minister for Universities and Science) and Philip Greenish (Chief Executive of the Royal Academy of Engineers) thought the effects of the review would be far less. Willetts commented that the proposed models wouldn’t necessarily cost individual students more, and Greenish believes that it could be a positive move forward – that students will choose degrees based on their future outcomes and job potentials and this will encourage more to consider STEM subjects. He was very keen to point out that we need to focus on careers guidance, and a good support structure for potential talent. I’ll give them that. The careers guidance I got left a lot to be desired to be honest! But I think I’ll remain slightly sceptical about it being a ‘positive thing’ for now…

END_OF_DOCUMENT_TOKEN_TO_BE_REPLACED

Science is vital, but is it saved?

So, the Comprehensive Spending Review is out – and it seems that the past month’s campaigning has made an impact, with George Osborne pretty much name-checking Science is Vital: “Britain is a world leader in scientific research, and this is vital to our future economic success.”

So what has been going on in the past month? My guest post on The Times’ Eureka Daily blog discusses the campaign, and why I believe that science is vital. From signing the petition, which now has over 35,000 signatures, to attending the rally and lobbying Parliament, I wanted to get my voice heard. Before I entered my current guise as a journalist in training, I too was a scientist – a bona fide lab coat-wearing, Bunsen-burning scientist – and the proposed cuts to funding in the UK shocked me.

During the last month Dr Jenny Rohn, a cell biologist at UCL decided to announce “No more Dr Nice Guy” and began rallying the troops. The geek troops. Researchers, policy makers, science communicators and even ‘normal people’ signed the petition, over 2000 attended the mass meeting outside the Treasury (I’m sure many more would have come if they’d been told about Dr Evan Harris’ singing) and a lobby on Parliament ended with 110 MPs signing the EDM to say that science funding shouldn’t be slashed. She has every reason to be proud of her achievements, and has written about exactly what the campaign has meant to her.

Throughout the events there were many excellent speakers and champions of the cause, each putting forward intelligent and insightful political, scientific and even personalarguments about why science is vital.